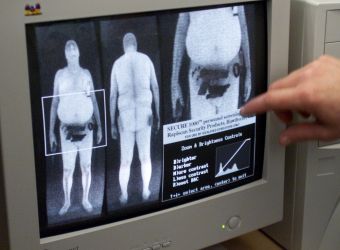 
Have they actually caught ANYONE this way???????

A Job TSA Employee's Would Never Do: The Next New Headline: TSA to Hire illegal Aliens????

Napolitano just keeps ordering more invasive searches of all passengers, without exception -- except members of Congress and government officials, who get VIP treatment, so they never know what she's doing to the rest of us.

"It's...pointless to treat all Americans as if they're potential terrorists while trying to find and confiscate anything that could be used as a weapon. We can't search all passengers for explosives because Muslims stick explosives up their anuses. (Talk about jobs Americans just won't do.)..." . Click Here for Ann Coulter's complete Article.
_ 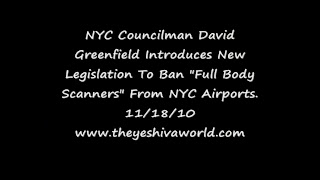 New York — Today on the steps of City Hall, Councilman David G. Greenfield was joined by Council Members Gale Brewer, Fernando Cabrera, Debi Rose, Robert Jackson, Jumaane Williams, and Brad Lander in support of legislation that would ban the use of full body scanners in New York City, including New York’s two airports – JFK International Airport and LaGuardia Airport. The Council Members were also joined by privacy expert Marc Rotenberg, a professor of law at Georgetown University and President of the Electronic Privacy Information Center (EPIC), who is leading a lawsuit to suspend the deployment of body scanners at US airports, pending an independent review.
Earlier this week, Councilman Greenfield proposed legislation to ban the use of full body scanners, also known as “naked body scanners,” in New York City. Passengers who pass through these scanners, which cost nearly $200,000 each, have clear images of their nude bodies displayed to a Transportation Safety Administration employee, which Homeland Security officials says make travel safer. However, leading international security experts disagree.

Israeli security experts have refused to install these scanners at Ben Gurion International Airport, which is widely hailed as the safest airport in the world. Rafi Sela, the former Chief Security Officer of the Israel Airport Authority, explained he could “overcome the body scanners with enough explosives to take down a Boeing 747.”

“The images produced by these naked body scanners are equivalent to the most intrusive strip search,” said Councilman Greenfield. “I am deeply troubled that we are subjecting New Yorkers to this humiliating process, which breaches their most basic privacy rights, when we don’t even have sufficient assurances that these scanners are more effective than other less intrusive methods.”
Marc Rotenberg, President of EPIC, agreed. “The TSA has shown a frightening disregard for the concerns of American travelers,” said Rotenberg. “Councilmember David Greenfield and the other members of the New York City Council should be commended for their efforts to safeguard fundamental freedoms.” EPIC recently filed a lawsuit in Washington, DC to suspend the airport body scanner program after it uncovered evidence that the devices are designed to store and record images of air travelers.
“Sometimes it’s a fine line between privacy and safety concerns,” said Councilman Brad Lander. “These full body scanners are way over that line.” “This is a dangerous precedent,” noted Councilman Greenfield. “First airports, now courthouses? What’s next, school buildings? After all, we already have metal detectors in some of New York’s public schools and the TSA is already routinely scanning minors in these full body scanners at airports. Our legislation would protect the safety of our children and the dignity of all New Yorkers. It is imperative that we stop any further invasion of New Yorkers’ privacy in its tracks,” Greenfield concluded. 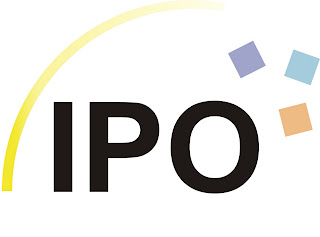 UPDATED with a Blast from the Past: WEB VIDEO: Uplifting Baby Preacher, World's Youngest Preacher 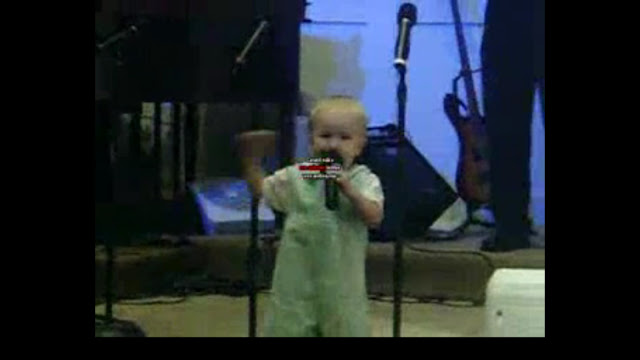 
Hugh Marjoe Ross Gortner, generally known as Marjoe Gortner (born January 14, 1944 (1944-01-14) (age 66) in Long Beach, California), is a former revivalist who first gained a certain fame in the late 1940s and early to mid 1950s when he became the youngest ordained preacher at the age of four, and then outright notoriety in the 1970s when he starred in an Oscar-winning, behind-the-scenes documentary about the lucrative business of Pentecostal preaching. The name "Marjoe" is a portmanteau of the names "Mary" and "Joseph".

Armadillos have been making their move to Missouri for several years now... 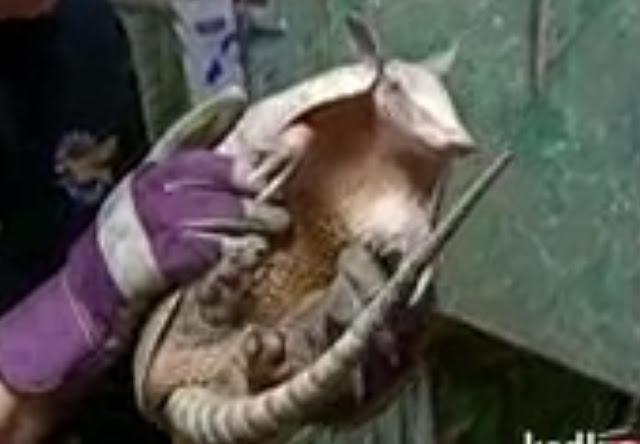 
Armadillos make their move to Missouri 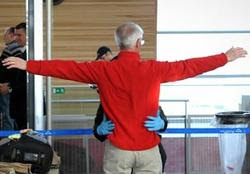 The backlash continues over those new TSA screening measures, and now one Central Florida airport has decided to go with a private security screening firm.

Orlando Sanford International Airport has decided to opt out from TSA screening.
"All of our due diligence shows it's the way to go," said Larry Dale, the director of the Sanford Airport Authority. "You're going to get better service at a better price and more accountability and better customer service." Click Here for More. 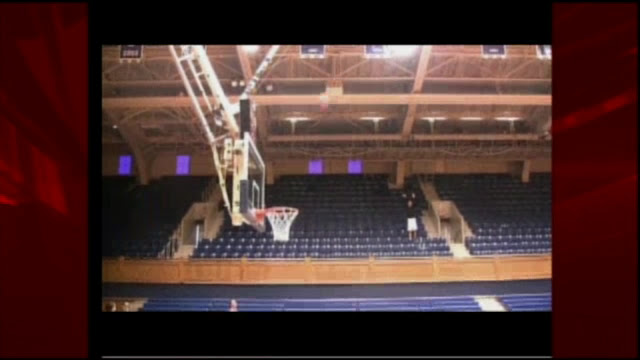