US troops in Afghanistan until 2024: America and Afghanistan are close to signing a strategic pact 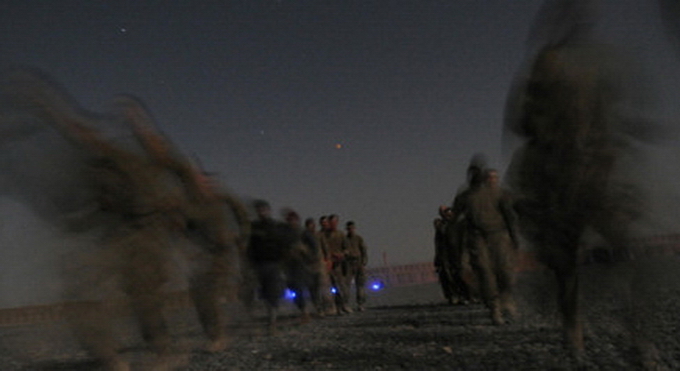 Bin Laden may be dead but the US seems ready to stay in Afghanistan  for many more years.

US troops may stay in Afghanistan until 2024


America and Afghanistan are close to signing a strategic pact which would allow thousands of United States troops to remain in the country until at least 2024, The Daily Telegraph can disclose.

The agreement would allow not only military trainers to stay to build up the Afghan army and police, but also American special forces soldiers and air power to remain.
The prospect of such a deal has already been met with anger among Afghanistan’s neighbours including, publicly, Iran and, privately, Pakistan.
It also risks being rejected by the Taliban and derailing any attempt to coax them to the negotiating table, according to one senior member of Hamid Karzai’s peace council.
A withdrawal of American troops has already begun following an agreement to hand over security for the country to Kabul by the end of 2014.
But Afghans wary of being abandoned are keen to lock America into a longer partnership after the deadline. Many analysts also believe the American military would like to retain a presence close to Pakistan, Iran and China.

Both Afghan and American officials said that they hoped to sign the pact before the Bonn Conference on Afghanistan in December. Barack Obama and Hamid Karzai agreed last week to escalate the negotiations and their national security advisers will meet in Washington in September.
Rangin Dadfar Spanta, Mr Karzai’s top security adviser, told The Daily Telegraph that “remarkable progress” had been made. US officials have said they would be disappointed if a deal could not be reached by December and that the majority of small print had been agreed.
Dr Spanta said a longer-term presence was crucial not only to build Afghan forces, but also to fight terrorism.
“If [the Americans] provide us weapons and equipment, they need facilities to bring that equipment,” he said. “If they train our police and soldiers, then those trainers will not be 10 or 20, they will be thousands.
“We know we will be confronted with international terrorists. 2014, is not the end of international terrorist networks and we have a common commitment to fight them. For this purpose also, the US needs facilities.”
Afghan forces would still need support from US fighter aircraft and helicopters, he predicted. In the past, Washington officials have estimated a total of 25,000 troops may be needed.
Dr Spanta added: “In the Afghan proposal we are talking about 10 years from 2014, but this is under discussion.” America would not be granted its own bases, and would be a guest on Afghan bases, he said. Pakistan and Iran were also deeply opposed to the deal.
Andrey Avetisyan, Russian ambassador to Kabul, said: “Afghanistan needs many other things apart from the permanent military presence of some countries. It needs economic help and it needs peace. Military bases are not a tool for peace.
“I don’t understand why such bases are needed. If the job is done, if terrorism is defeated and peace and stability is brought back, then why would you need bases?
“If the job is not done, then several thousand troops, even special forces, will not be able to do the job that 150,000 troops couldn’t do. It is not possible.”
A complete withdrawal of foreign troops has been a precondition for any Taliban negotiations with Mr Karzai’s government and the deal would wreck the currently distant prospect of a negotiated peace, Mr Avetisyan said.
Abdul Hakim Mujahid, deputy leader of the peace council set up by Mr Karzai to seek a settlement, said he suspected the Taliban had intensified their insurgency in response to the prospect of the pact. “They want to put pressure on the world community and Afghan government,” he said. 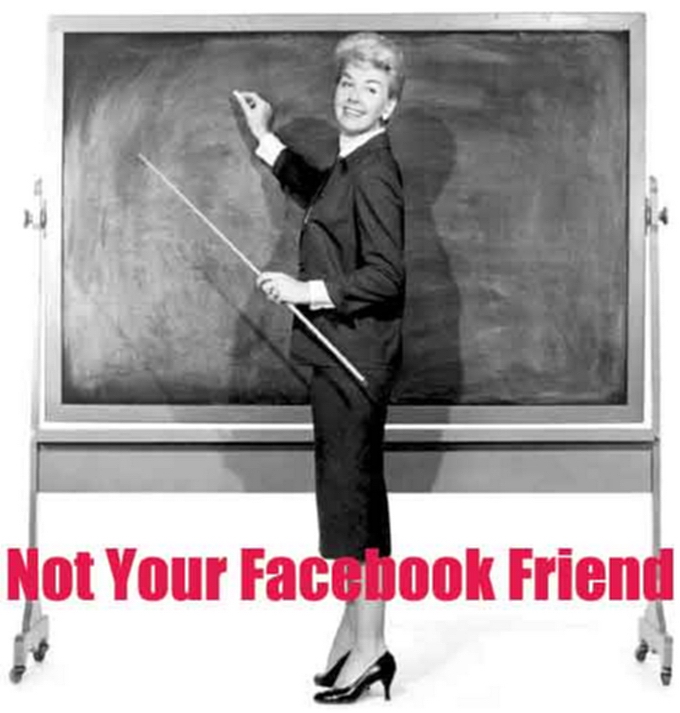 JEFFERSON CITY, Mo. (AP) -- A teachers union is challenging a new Missouri law that limits teachers' contact with students on social networks.
The Missouri Teachers Association said it filed suit Friday against the state and two officials seeking an injunction to block enforcement of the new measures, which take effect Aug. 28.
The law prohibits private communication through websites such as Facebook between teachers and current students or former students who are still minors.
The lawsuit asserts the restrictions are so vague and overboard that it would be difficult to know what is allowed. It contends teachers' free speech and association rights would be restricted.
State Sen. Jane Cunningham, who sponsored the proposal, is confident it will withstand legal scrutiny. She says critics misunderstand the restrictions and that only private communication is banned. 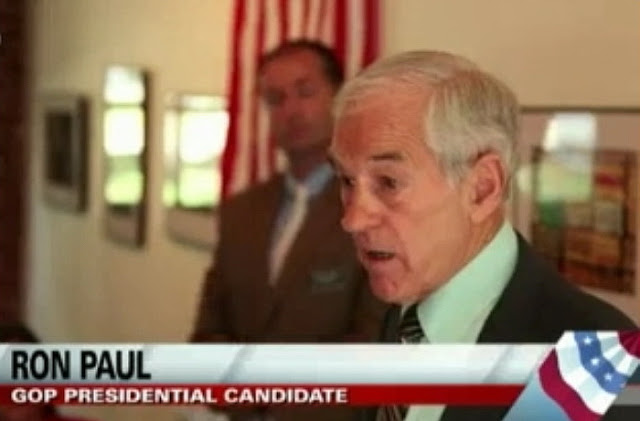 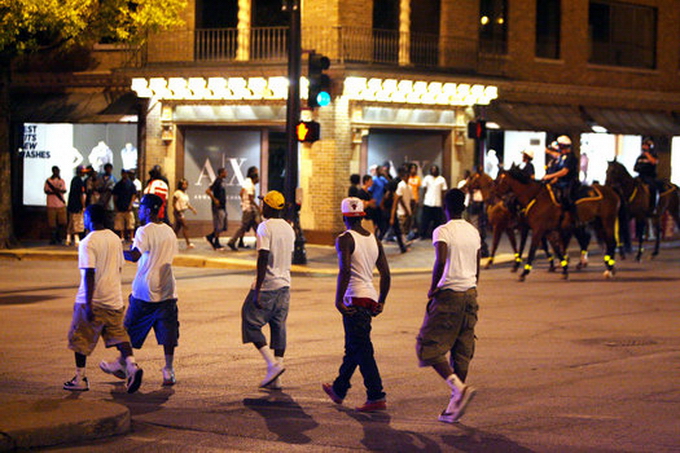 
(Reuters) - The weekend shooting of three teenagers at a large late-night "flash mob" gathering prompted local authorities to pass an ordinance on Thursday that sets curfews as early as 9 p.m. for people under age 18.
At the urging of Mayor Sly James, the Kansas City Council passed the ordinance 13-0, allowing police to issue citations to parents whose children violate the curfew. Parents can be fined up to $500 per violation.
Three youths aged 13 to 16 were injured by apparently random gunshots at about 11:30 p.m. on Saturday night in an upscale shopping and restaurant district called Country Club Plaza.
James was nearby when the shots rang out and says his bodyguards shoved him down into a flower bed to keep him safe.
There have been other so-called "flash mob" gatherings of youngsters in Kansas City in recent years, but the weekend shootings pushed the issue to the top of the council's agenda.
No arrests have been made in Saturday's incident and the shooting victims are recovering.
While the proposed curfew may not be popular, James said his message to youths is clear.
"I care enough about you that I want you to be safe," he said.
James noted that local police were present in the area both on foot and horseback on Saturday when shots were fired. James also said he had been present in the area that night specifically to observe the gatherings.
Local community leaders have been critical of parents who allow children as young as 10 years old to roam around late at night. James said he spoke Saturday night with one 13-year-old girl he described as well-spoken and bright.
"She had no idea when her mother was going to pick her up," James said.
Passage of an ordinance so quickly is unusual, but council members said they had feared a repeat of potentially dangerous gatherings this weekend.
"It's important we send a swift and bold message to parents that your kids should be home," said City Councilwoman Cindy Circo.
A curfew of 9 p.m. will apply from late May through September in five Kansas City entertainment areas. Elsewhere in the city, the curfew will be 10 p.m. for children 15 and under and 11 p.m. for those 16 and 17.
At other times of the year, the curfew will be 11 p.m. on weeknights and midnight on weekends for everyone under age 18. 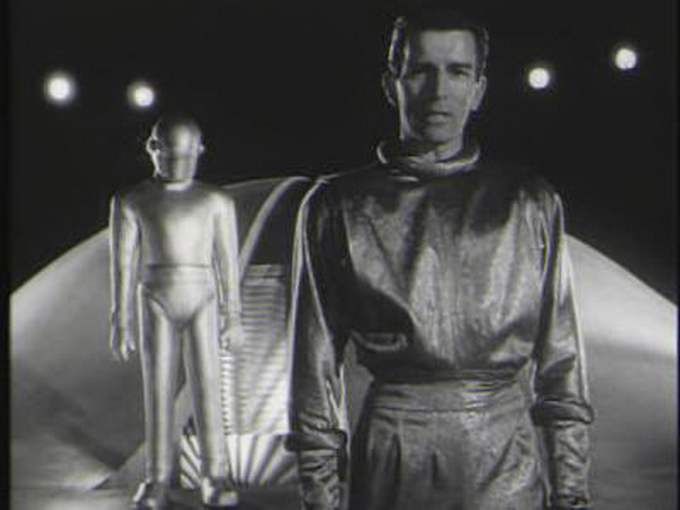 
NASA: Aliens might destroy us because of our gases

It's not just the threat of another recession that tells us we're destroying ourselves. We express it in every alien movie ever made.
Save the Earth. Save the Earth. A question that, increasingly, offers the question: "Why?"
Still we, cranially deficient as we are, prefer to muse about "when?" and "how?" Well, the earthy Guardian points me to a new NASA report, written by scientists at NASA and Penn State.
The report suggests that is just remotely, theoretically possible that the green, blue and orange beings out there might notice that we're sending out a lot more greenhouse gases.
In noticing these noxious emissions, the aliens might consider that our puny planet offers more of a threat than they had previously imagined. This, the report goes on to wonder, might signal to those up there that we are a rapidly expanding entity, one that needs to be nipped before it buds any further.
In order to make their point, the aliens might swoop down upon us and crush our little bodies like those of so many useless eyebrowed ants. (I paraphrase.)