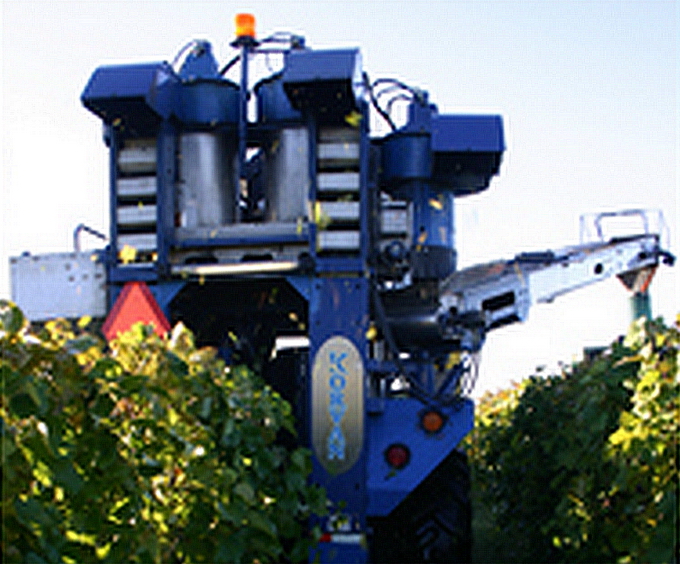 Stone Hill is putting its equipment and techniques on display during the Hermann, Mo., winery's inaugural Vineyard Days, 8:30-a.m.-6 p.m. Aug. 6 and 10 a.m.-6 p.m. Aug. 7.
Guests will be able to examine the harvester and other equipment and ask questions about grape-growing and other fundamentals.
In addition, Mike and Janelle, a rock and blues duo from New Haven, Mo., will perform from 1-5 p.m. Aug. 6.
Admission to the winery and special events is free. More information: stonehillwinery.com 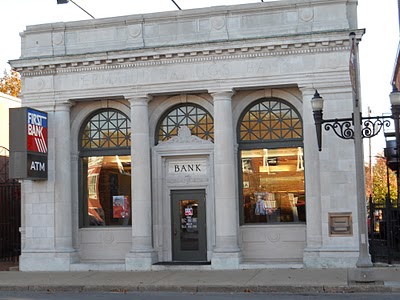 In an unprecedented move, the U.S. Treasury Department appointed two directors Tuesday to help oversee First Banks, which has failed to make a single dividend payment under a federal bailout.
The announcement marks the first time the Treasury has appointed board members to a bank that participated in the Troubled Asset Relief Program, or TARP, which was created in the midst of the financial crisis three years ago.
Clayton-based First Banks, which operates its branches through its subsidiary, First Bank, owes the Treasury more than $32 million in unpaid dividends on a $295 million investment the Treasury made in the bank in 2008.
Treasury also announced Tuesday it had selected a board member for Royal Bancshares of Pennsylvania Inc., which owes the Treasury more than $3 million in unpaid dividends.
The appointment is another humbling moment for privately held First Banks, which has lost more than $900 million in the past three years. But the action, while unusual, came as no surprise to analysts, given the historic turmoil in the financial markets and the massive bailout of banks.
"With TARP, the government took unprecedented action," said Craig Fehr, a financial services analyst with Edward Jones. "Now that we're in recovery mode, there are these lingering effects, and all is not completely repaired. You're still going to have struggles with banks making their obligations."
First Banks, led by board chairman James Dierberg, operates 149 bank branches in Missouri, California, Florida and Illinois. It was founded in 1910 and remained a small Missouri operation until the last quarter-century, when it began acquiring other banks, first in Missouri and Illinois, and later in California and Texas in the 1990s.
With less than $400 million in assets in the early 1980s, First Banks grew to a massive enterprise with $10.9 billion in assets by 2007. That year, First Banks added branches in Florida just before the economic downturn began to take hold.
The recession, spurring many residential real estate loans to go sour, hit the bank hard. First Banks lost $287 million in 2008, when it was forced to participate in TARP. The following year, losses reached $428 million.
Last year, it has sold off 19 branches in Texas, 24 in Chicago and 11 in central Illinois. First Banks also sold its investment advisory firm, Missouri Valley Partners, to Stifel Financial last year. As of June 30, First Banks' assets totaled $6.92 billion.
With the downsizing, the bank was able to stem its losses to $192 million in 2010.
Under TARP's Capital Purchase Program, or CPP, the Treasury invested $205 billion in 707 financial institutions to boost banks' capital levels in the midst of the financial crisis. Through the end of June, $181 billion had been repaid.
Until the money is repaid, participating banks make dividend or interest payments to the Treasury. They also have the option of deferring those payments.
The Treasury's investment of $295 million in First Banks' preferred stock is among the top 10 CPP investments outstanding. First Banks has missed eight dividend payments, and the next quarterly dividend payment is due next month.
A Treasury employee already attended a First Banks board meeting this year as an observer after the company failed to make six dividend payments.
New directors
Because the bank holding company has missed these payments, the Treasury appointed John Poelker of Atlanta and Guy Rounsaville Jr. of San Francisco to First Banks' board of directors, effective immediately.
"These agreements provide Treasury the contractual right to nominate up to two members to the board of a CPP recipient in the event that an institution misses a sixth dividend or interest payment on the preferred stock issued to Treasury," the Treasury said in a statement.
First Banks declined to make executives available for interviews. In a statement, First Banks' president and chief executive Terrance McCarthy said the two new board members bring a "wealth of experience" to the bank.
Poelker is the executive vice president and chief financial officer of State Bank and Trust Co. in Atlanta. He previously served as chief financial officer of Mercantile Bancorporation in St. Louis and is the son of the late John Poelker, mayor of St. Louis from 1973 to 1977.
Rounsaville is the director of diversity at the law firm Allen Matkins Leck Gamble Mallory & Natsis LLP in San Francisco.
Poelker and Rounsaville will attend First Banks' next scheduled board meeting next month. With the appointments, First Banks' existing roster of board directors expanded to nine.
Both of the new directors will be paid by First Banks and will serve on First Banks' board until the bank repays the dividends owed or until Treasury nominates a replacement director.
Joe Stieven, president of Stieven Capital Advisors in St. Louis and a longtime bank analyst, said more board appointments by the Treasury at other banks that participated in TARP will follow. "You will see this happen more often," Stieven said. "Most of these companies will welcome these directors with open arms because they know if they're going to be succeed, they'll have to do it jointly with the Treasury."

Treasury names two to First Banks' board of directors

The U.S. Treasury has elected two board members to First Banks, following the bank's failure to repay quarterly dividends through the Troubled Asset Relief Program.
Clayton-based First Banks is the holding company for First Bank, which has more than 150 bank branches in Missouri, California, Florida and Illinois.
The U.S. Treasury elected John Poelker and Guy Rounsaville Jr. to First Bank's board of directors, the bank announced Tuesday.
Poelker is the executive vice president and chief financial officer of State Bank and Trust Company in Atlanta. Rounsaville is the director of diversity at the law firm Allen Matkins Leck Gamble Mallory & Natsis LLP in San Francisco.
The Treasury bought $295 million of First Banks' preferred stock through TARP in 2008. Banks participating in TARP can defer making dividend repayments, with a 5 percent annual rate until the investment is repaid, but doing so brings heightened scrutiny from the Treasury.
First Banks has missed eight consecutive dividend payments through TARP's Capital Purchase Program and owes the Treasury more than $32 million in interest. The next quarterly dividend payment is due in August.
"These agreements provide Treasury the contractual right to nominate up to two members to the board of a CPP recipient in the event that an institution misses a sixth dividend or interest payment on the preferred stock issued to Treasury," the Treasury said in a statement.
The Treasury elected a board member at one other bank Tuesday, at the Royal Bancshares of Pennsylvania Inc. Royal Bancshares also has missed eight consecutive dividend payments through TARP and owes the Treasury more than $3 million in unpaid interest.

Treasury could take board seats at First Banks and Centrue

Two St. Louis banking companies, Centrue Financial and First Banks, have missed six straight dividend payments on the U.S. Treasury's TARP investment, according to a new report by SNL Financial. Under the rules of the Troubled Asset Relief Program, six missed payments gives the government the right to name two directors at each institution.

Both Centrue and First Banks missed their sixth payment in November. According to the SNL report, Centrue is now $2.45 million behind on TARP dividends, while First Banks is $24.1 million in arrears.

SNL lists a total of 20 banks that have missed at least six payments. The Treasury hasn't yet exercised its right to appoint directors at any of them, the report says:


The Treasury has indicated that it will prioritize the election of directors, in part, based on whether the total TARP investment in a particular institution exceeds $25 million; however, it has not yet taken action on any of the 20 institutions that have missed six or more payments.

Under the TARP program, the Treasury bought $295 million worth of First Banks' preferred stock in December 2008. It invested $32 million in Centrue. The preferred stock is supposed to pay dividends at a 5 percent annual rate.

According to SNL, banks that miss those dividends also come in for heightened scrutiny...
. Click Here for more info.