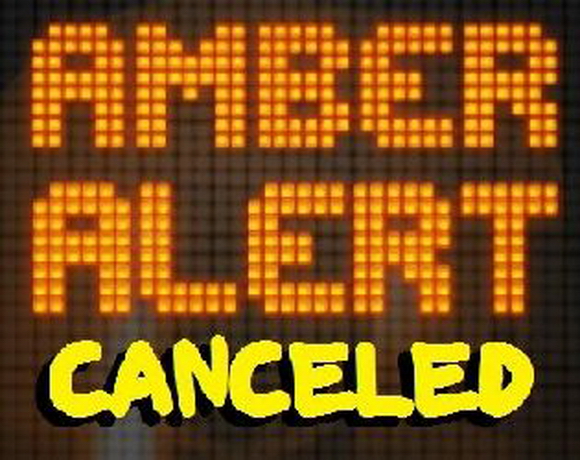 Missouri teen and daughter taken from Kennett found in Tennessee

There will not be a primary seatbelt law in the city of Washington. Police Chief Ken Hahn says the city council voted 5-2 against the proposal to draft an ordinance on the law.
Hahn believes the generally feeling was that council members didn't want local governments or more regulation telling private citizens what they can and cannot do.
If the ordinance had been written and passed, it would have allowed police to stop motorists for failing to wear a seatbelt. Hahn says the secondary seatbelt law will remain in effect which allows officers to issue citations for the violation, but only if the motorist is pulled over for another offense. 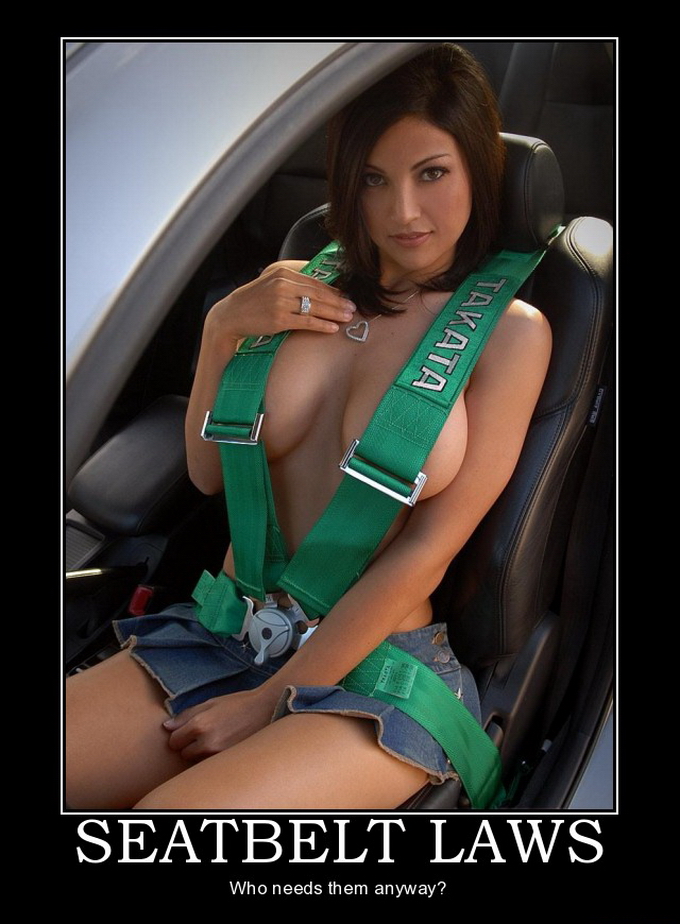 A city councilman Monday night spoke out against enacting a local primary seat belt law in Washington, saying cell phones pose more of a threat to drivers.
Councilman Walt Meyer opposed the suggestion to adopt a local ordinance of the law during the administration/operations committee meeting.
He also spoke against the proposed local ordinance during Monday morning’s meeting of the Washington Area Highway Transportation Committee which last recommended the council pass such a regulation.
While committee members agreed that cell phone use while driving is a safety issue, they did not retract their endorsement of adopting a primary seat belt law.
Meyer, along with Jeff Mohesky, voted against forwarding the issue onto the next council meeting for final action.
Carolyn Witt, Tim Brinker, Joe Holtmeier, Mark Hidritch and Steve Sullentrup voted in favor of discussing the issue at the Aug. 1 meeting. Connie Groff was absent.
Missouri currently has a secondary seat belt law, meaning that a police officer can issue citations for not wearing seat belts only when a vehicle is stopped for another violation. The fine is $10 and no court costs are assessed.
A primary law, however, would allow officers to issue tickets if they observe a driver or occupants of a vehicle not wearing seat belts. 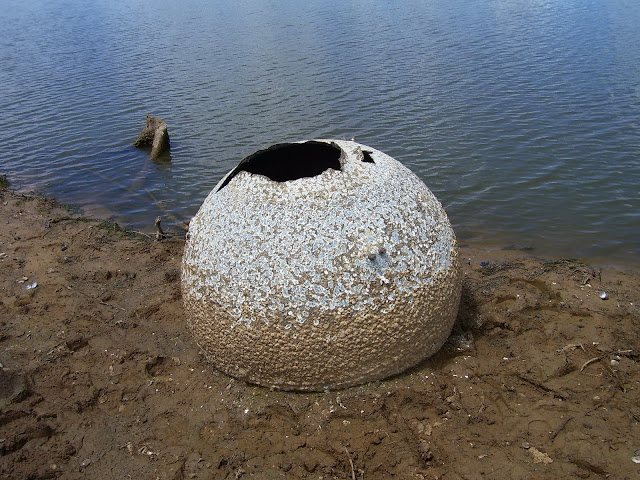 NACOGDOCHES (CBSDFW.COM) - The drought currently impacting much of the state is helping in the recovery of debris from the 2003 space shuttle Columbia disaster.
Low lake levels have led to the emergence of what looks like a tank, about four foot in diameter, from the doomed shuttle.
Columbia came apart during re-entry over East Texas on February 1, 2003, killing all seven astronauts on board.  The debris field spread from the eastern part of North Texas to a large area around Nacogdoches.
The tank was discovered in a part of Lake Nacogdoches which is normally 18 feet under water. The drought has drained that part of the lake and the object is now exposed.
Nacogdoches police have sent photos to NASA to see if the debris is indeed part of Columbia.   Police are warning that if the object is part of the shuttle, it’s government property and anyone tampering with it would be subject to prosecution. 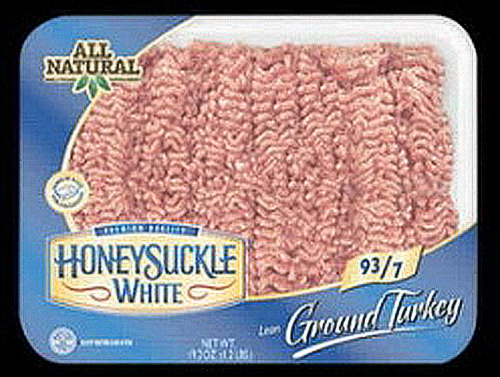 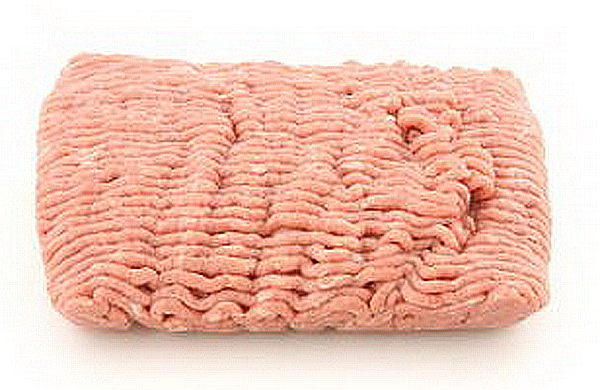 ___________________________________________________________________________
Federal officials say one person has died from salmonella poisoning that appears to be linked to eating ground turkey, but the government so far has declined to say who produced the meat or initiate a recall.
Seventy-six people in 26 states have been made sick from the same strain of the disease, which the federal Centers for Disease Control and Prevention says is resistant to many commonly prescribed antibiotics. The CDC did not say where the person who died became sick and released no details about the death.
The illnesses date back to March, and the CDC said Monday that cultures of ground turkey from four retail locations between March 7 and June 27 showed salmonella contamination. The agency said preliminary information showed that three of the samples have been linked to the same production establishment but did not name the retailers or the manufacturers.
The Agriculture Department oversees meat safety and would be the agency to announce a recall. The department sent out an alert about the illnesses late last week telling consumers to properly cook their turkey, which can decrease the chances of salmonella poisoning. But the department has not given consumers any further warnings about the source of the tainted meat.
The USDA has not responded to requests for comment on why there has not been a recall. The CDC said it and the USDA were "vigorously working to identify the specific contaminated product or products that are causing illnesses and will update the public on the progress of this investigation as information becomes available."
Food safety advocate Bill Marler, an attorney who has represented victims of the nation's biggest food-borne illness outbreaks, said he believes the three positive samples should prompt a recall.
"Consumers have no idea what to do except not eat ground turkey," he said.
The illnesses are spread all over the country. The states with the highest number sickened were Michigan and Ohio, 10 illnesses each, while nine illnesses were reported in Texas. Illinois had seven, California six and Pennsylvania five.
The remaining states have between one and three reported illnesses linked to the outbreak, according to the CDC: Alabama, Arizona, Georgia, Iowa, Indiana, Kentucky, Louisiana, Massachusetts, Minnesota, Missouri, Mississippi, North Carolina, Nebraska, Nevada, Oklahoma, Oregon, South Dakota, Tennessee and Wisconsin.
The CDC said 26 states were affected but only listed 25 states in which illnesses were reported in a news release issued Monday evening.
A chart on the CDC's website shows cases have occurred every month since early March, with spikes in May and early June. The latest reported cases were in mid-July, although the CDC said some recent cases may not have been reported yet.
University of Pennsylvania bioethicist Art Caplan said the government's handling of the outbreak raises ethical questions about why the public wasn't warned sooner.
"You've got to protect the public health. That's their first and primary value _ not industry, not any other goal. They have to warn as quickly as they think there's reasonable evidence for concern," Caplan said.
He said that uncertainty about the outbreak's source might explain the long silence, but added, "the moral duty is to really get the word out as soon as you have evidence of a problem."
CDC spokeswoman Lola Russell said Tuesday it can take three to four weeks to confirm one case. Identifying an outbreak can take considerably longer than that when cases of foodborne illness occur sporadically, in several states, as has happened in the current outbreak, shel said.
Russell said the CDC isn't advising the public to avoid eating ground turkey, but does urge people to cook it properly.
Ground turkey is considered safe to eat when the internal temperature reaches 165 degrees. For turkey patties or burgers, internal temperatures on each side should be measured.
Other government advice:
_Refrigerate raw meat and poultry within two hours after purchase, one hour if temperatures in the house exceed 90 F.
_Refrigerate cooked meat and poultry within two hours after cooking.
_Wash hands with warm, soapy water for at least 20 seconds before and after handling raw meat and poultry.
The CDC estimates that 50 million Americans each year get sick from food poisoning, including about 3,000 who die. Salmonella causes most of these cases and federal health officials say they've made virtually no progress against it.
The most common symptoms of salmonella are diarrhea, abdominal cramps and fever within eight hours to 72 hours of eating a contaminated product. It can be life-threatening, especially to those with weakened immune systems.
One of the largest outbreaks last year involved salmonella-tainted eggs that may have sickened as many as 56,000. About 2,000 illnesses were reported, but CDC estimates that only a fraction of illnesses are reported in most outbreaks.
___
AP Medical Writer Lindsey Tanner contributed to this story from Chicago.
___
Online:
CDC info on salmonella in ground turkey: www.cdc.gov/salmonella/heidelberg/080111/index.html
___ 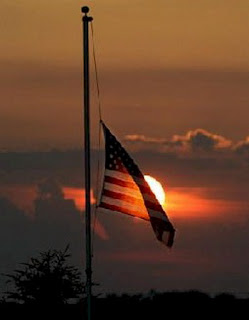 by Allison Blood on August 2, 2011
www.missourinet.com
Flags are at half-staff at all state buildings in Missouri today to honor National Guard Specialist Jordan House, who was killed in a traffic crash last month while on his way home from flood duty. House was from Independence.
Flags will remain at half-staff through next Monday at all state buildings in Jackson County.