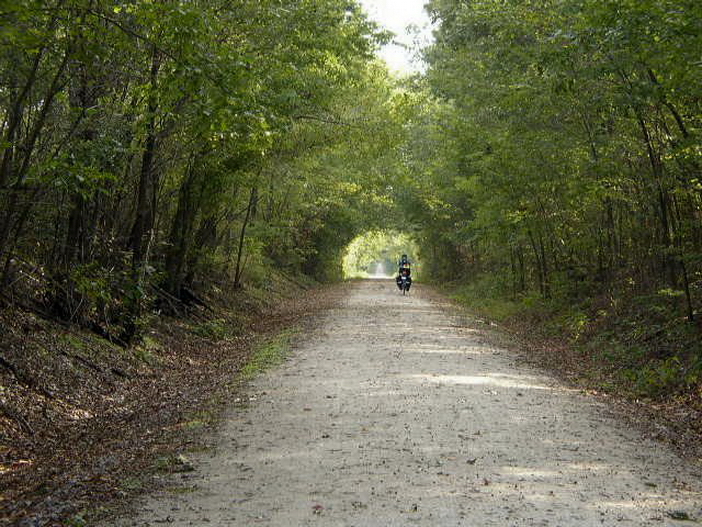 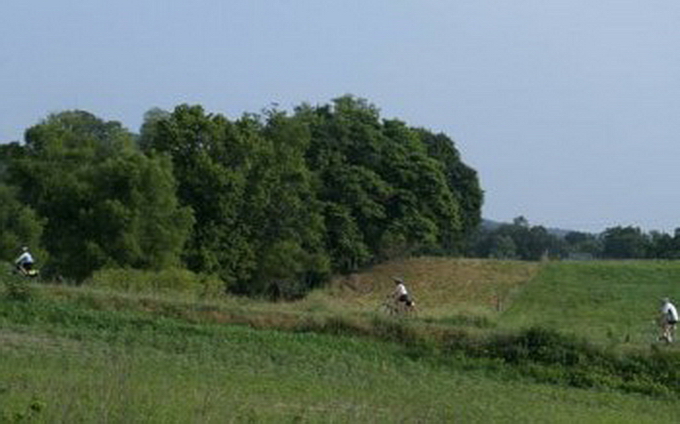 Katy Trail is a hiking and bicycling trail that runs from Clinton to Machens.
Jefferson City, MO - infoZine - When people talk about the best of anything, Katy Trail State Park is often on the list. The latest recognition for Katy Trail is from the readers of the AAA Midwest Travelers magazine.

This spring, the publication invited readers to vote for their favorite cities, attractions and getaways. When it came to the best bicycle trail in the Midwest, the favorite was Katy Trail.

According to the magazine, "If there were report cards for bicycle trails, the Katy Trail State Park would certainly be earning straight As. In nearly every trail characteristic - including length, scenery, access and history - the park impresses its users, which number approximately 300,000."

"I'm honored but not surprised that readers have voted Katy Trail as the best in the Midwest," said Bill Bryan, director of Missouri State Parks, a division of the Missouri Department of Natural Resources. "At 240 miles, the trail provides a scenic avenue through the heart of Missouri . The trail has been one of the most popular parks in the Missouri state park system since it was developed more than 20 years ago," Bryan said.

Katy Trail is a hiking and bicycling trail that runs from Clinton to Machens. Much of its route follows the Missouri River with spectacular views of the river and landscapes varying from bluffs and thick forests to prairies and open fields. It travels through small communities with many attractions and services for trail users.

Katy Trail is the longest developed rail-trail project in the nation and was one of the first inductees into the national Rail-Trail Hall of Fame. 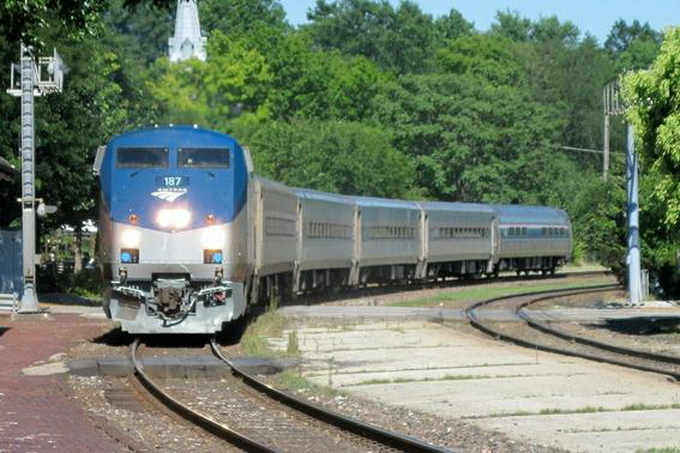 “More and more customers are relying on Amtrak to take them to their destinations. After all, it’s reliable, economical and an environmentally cleaner way to travel,” said Rod Massman, Missouri Department of Transportation rail administrator.

A constant fluctuation of higher gas prices is one reason more people are choosing the train. Service is another. Missouri River Runner trains reported an 89 percent on-time performance rate on average for the fiscal year ending June 30, 2011. The Missouri service has also been noted for its overall customer satisfaction. In May, it received a 97 percent satisfaction rate, the second best among state supported and other short distance corridors, Massman reported.

Amtrak trains have been supported by the state financially since 1979. Growth in ridership increases ticket revenues and helps keep the state’s costs for the service down.

Several imminent projects will continue to improve the state’s passenger rail service. Missouri has received $75 million to date from the Federal Railroad Administration to remove additional bottlenecks along the corridor, conduct a comprehensive state rail plan, purchase new passenger rail equipment and improve access to the St. Louis Gateway Station. Plus, many communities along the St. Louis-Kansas City corridor continue their support of the service. Sedalia recently completed station renovations and Hermann expects to begin construction on a new station in the fall.