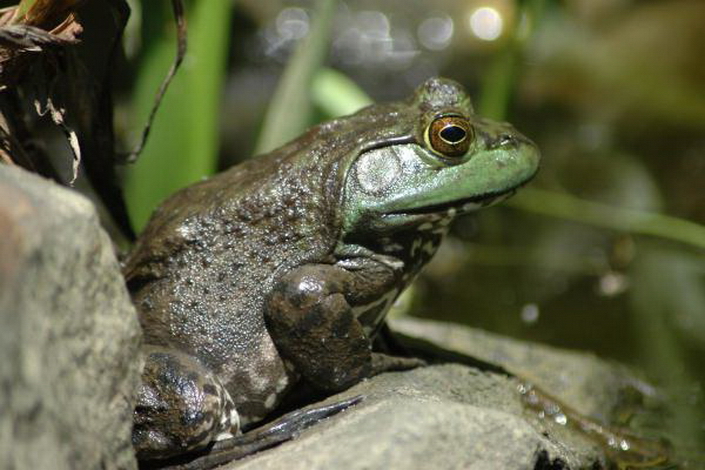 Bullfrogs and green frogs up for grabs June 30

JEFFERSON CITY, Mo. – Bullfrogs and green frogs are up for grabs beginning at sunset on June 30 as Missouri enters its annual frogging season.
A favorite outdoor pastime of many Missourians, frogging spans the gap between hunting and fishing. The Missouri Department of Conservation (MDC) allows harvest of frogs by hand net, gig, trotline, throw line, limb line, bank line, jug line, snagging, snaring, grabbing or pole and line with a fishing permit. With a hunting permit, frogs can be harvested using .22-caliber firearms, pellet guns, atlatls, longbows and crossbows. The use of an artificial light is permitted when frogging. Children under the age of 16 and adults over 65 are not required to have a permit.
The daily limit is an eight-frog total of both species, with a possession limit of 16. If you catch eight before midnight, you can start frogging again at 12:01 a.m. and catch another day’s limit. To do this legally, the first eight frogs must be kept separate from the second set.
Once a frog is speared, it must be harvested. You should not release an injured frog, as the animal is not likely to recover. However, a frog is not fatally injured by methods such as grabbing or pole and line and thus may be released.
Frog legs have a mild flavor similar to that of fish. They can be battered and fried or sautéed in butter with garlic or herbs. They also make a good base for Cajun dishes that call for fish or shellfish. To top off your frogging experience, try this basic frying recipe:
Fried Frog Legs
Ingredients: 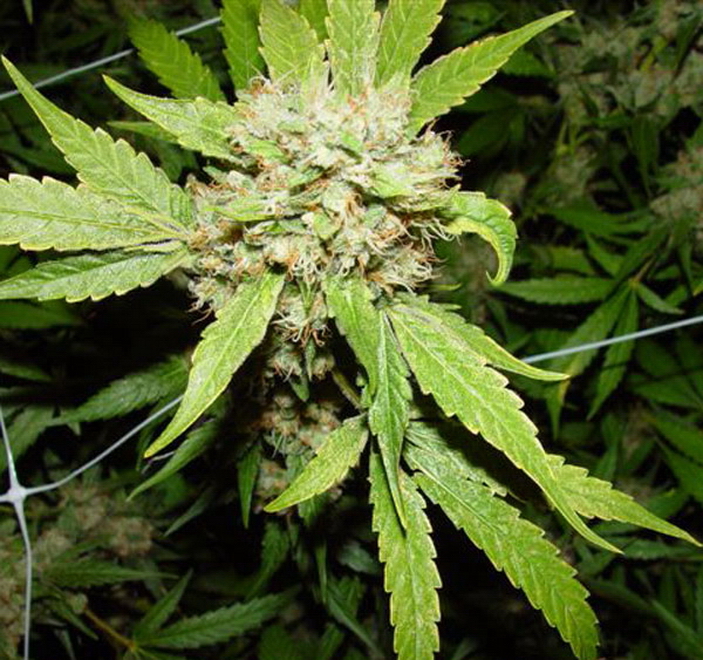 A group of US representatives plan to introduce legislation that will legalize marijuana and allow states to legislate its use, pro-marijuana groups said Wednesday.
The legislation would limit the federal government's role in marijuana enforcement to cross-border or inter-state smuggling, and allow people to legally grow, use or sell marijuana in states where it is legal.
The bill, which is expected to be introduced on Thursday by Republican Representative Ron Paul and Democratic Representative Barney Frank, would be the first ever legislation designed to end the federal ban on marijuana.
Sixteen of the 50 states as well as the District of Columbia have legalized the use of marijuana for medical purposes.
But planting, selling or commercially distributing marijuana remains illegal under federal law.
Last year, California citizens voted not to legalize recreational marijuana use, although the debate continues in about half a dozen other states.
Three weeks ago a group of ex-presidents of Latin America as well as former United Nations Secretary General Kofi Annan denounced the failure of the global war on drugs and called for urgent changes, including the legalization of cannabis.
Between 1998 and 2008, worldwide consumption of opiates increased 35 percent, with cocaine use growing 27 percent and marijuana use growing 8.5 percent, according to the Global Commission on Drug Policy.
June marks the 40th anniversary of the "War on Drugs" launched by President Richard Nixon in 1970, the first major US anti-drug initiative.
.