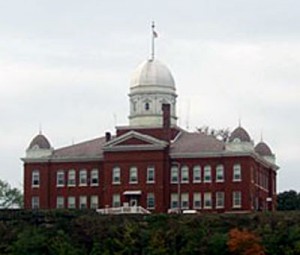 Collector Shawn Schlottach brought Commission copy of the news release she issued to the media on her collections as of her year end 2-28-11; it shows she was charged with collecting $12973106.87 in current, back and other taxes.  Actual collection was $11271155.10, delinquents are $1212780.31, abatements are $78270.58 and protested is $410900.88, which equals her charge exactly.  Unfortunately, her collections were down in all categories and she knows this year re-assessment will not bring an increase in assessed value as Assessor Joe Mundwiller has made clear.
Another fear, is that if the Ameren UE protested taxes are settled in their favor, other railroad and utility companies could follow suit.  The reduction being asked for is 35%.
Clerk Lietzow added more bad news, that county's sales tax was down $25000 in first quarter, when late 2010 seemed to show a rebound.

PLEASE NOTE: Ameren UE is now known as Ameren Missouri and the protested taxes story can be found by CLICKING HERE:

Oprah Bails Publicly on Obama, Will Not Endorse 2012 Re-election 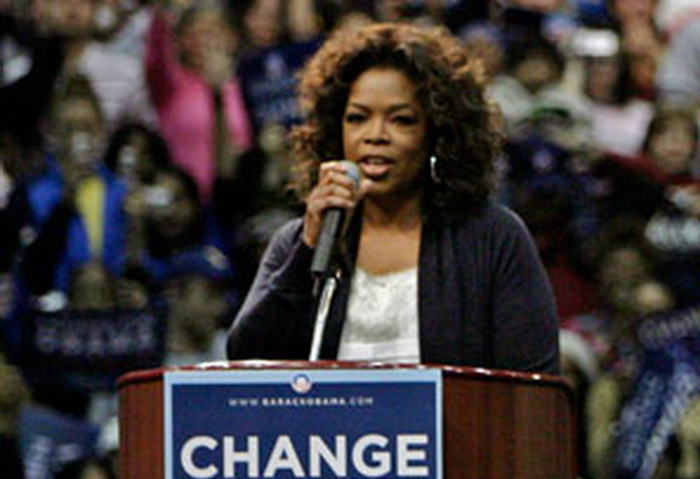 
Source: Oprah Winfrey Will Not Endorse Obama in 2012

(NewsCore) - Oprah Winfrey, the queen of daytime television, will not be publicly endorsing President Barack Obama for re-election in 2012, a source told Pop Eater.
Back in 2008, the billionaire talk show host endorsed then-Senator Barack Obama -- the first time she had publicly taken sides in a US presidential election.
"For 2012, much has changed for Oprah," the source told Pop Eater. "She now has her own cable channel called OWN that has been struggling to find an audience -- she isn't going to do anything to alienate them."
Winfrey's daytime talk show will end its 25-year run on May 25. She will then spend the majority of her time at the helm of OWN, the Oprah Winfrey Network, a joint venture with Discovery Communications which debuted on Jan. 1.
After a big debut that averaged 583,000 viewers in primetime the first week, OWN has seen its ratings fall below those of the channel it replaced, the Discovery Health Channel.
"Unlike in 2008, when a drop in ratings didn't matter as much for the queen of TV, Oprah is now fighting every day to get people to tune into OWN," the source added, noting that while Winfrey will likely support Obama again, she will do so more privately.
"Helping a friend keep the most important job in the world is great, but making sure her OWN network thrives is now her priority," the source said.
In March 2011, Forbes magazine estimated Winfrey's net worth to be $2.7 billion. 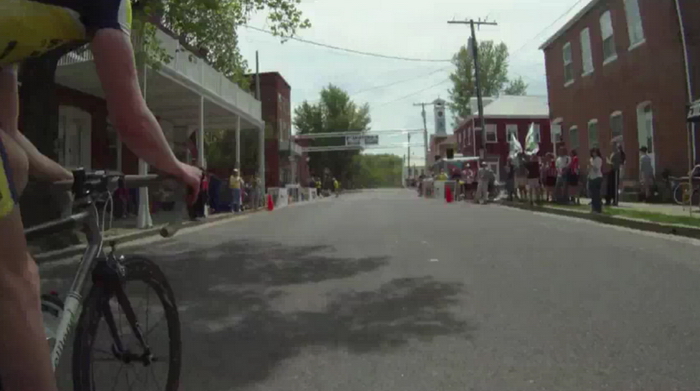 Cyclists from 10 states will gather in Hermann this weekend (April 9-10) for the 4th Annual Tour of Hermann, which is becoming one of the premiere events of its kind in the Midwest. The Tour of Hermann is well known for its challenging courses through Hermann Wine Country and the overall quality of the event. Hermann's Jeff Yielding, who coordinates the event, has assembled a talented committee to plan and direct the event and a great group of volunteers to ensure the safety of riders as they travel area roads.
Approximately 300 athletes are expected, representing Missouri, Illinois, Iowa, Indiana, Oklahoma, Kansas, Arkansas, Michigan, Ohio, and Wisconsin. Some riders have already been to Hermann the past few weeks testing out the routes of the three stages, creating a buzz about the upcoming Tour of Hermann. Participants will begin arriving Friday afternoon to register and by Saturday morning the town will be full of cyclists, their support teams and fans. Not only is the presence of 300 riders quite a spectacle, the three stages also offer an opportunity to see top athletes competing on challenging race courses.
The best event for spectators is the Stage 2 Criterium, which is seven different races between 11:30 a.m. and 5 p.m. Saturday along a 1.2 mile course through Hermann's residential streets with a hilltop finish at Stone Hill Winery, the major sponsor of the Tour of Hermann. The course starts at the winery and runs along Stone Hill Highway to west 8th Street, to Washington Street, to West 9th, to Goethe, and across 12th Street to the climb up to Stone Hill. Races will last from seven laps to 19 laps for the Men PRO/ 1/2, which is the final race of  the day at 4:40 p.m.
Earlier Saturday the Stage 1 Time Trial will run on a new 14 mile course -- 7 miles out and 7 miles back -- on the rolling hills of Highway 100, west of Hermann. This stage will start at Hermann High School on Highway 100 and riders will take off in 30 second intervals between 8 and 10:15 a.m.

Sunday's Stage 3 will be a Road Race through the hilly Hermann Countryside covering 30 miles. Some categories of riders will do one lap, some two laps, and the Men PRO 12 will cover three laps. Starts will be from 10:30 - 11:10 a.m. and the course begins with a neutral one mile route through Downtown Hermann, offering the best viewing opportunity for spectators. This stage starts at 4th and Gutenberg Streets, by the Hermann Amphitheater. The course will leave Hermann along Highway H toward Stony Hill and then follow along Highways E and VV and then finish up on Highway 100 back into town.

One new feature this year for support crews and spectators is that live music will be featured at the amphitheater throughout the hours of the Road Race, featuring the Bluff-tones, a group of talented local performers. There is no charge for the music and it is open to anyone; bring a blanket or lawn chair.

Take some time to enjoy the Tour of Hermann this weekend. You will be amazed at the quality of the athletes displaying their talents. Some of the top cyclists in the Midwest will be here. Hopefully this event will continue to grow and become one of the many things Hermann is known for.
. . Click Here to Read More. http://visithermann.blogspot.com/2011/04/fourth-annual-tour-of-hermann-brings_07.html
. 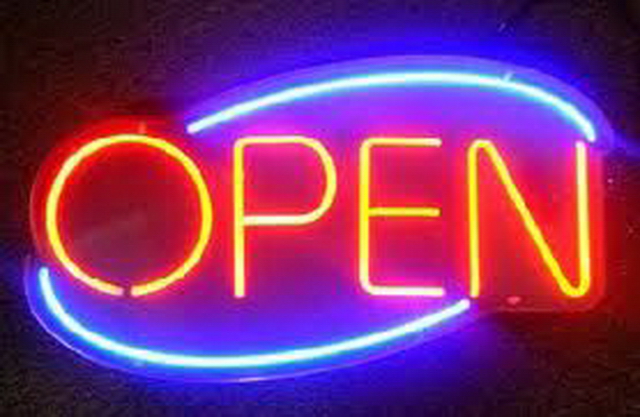 Washington (CNN) -- Democrats and Republicans narrowly averted a partial shutdown of the federal government Friday night, agreeing on a budget deal and a short-term funding extension little more than an hour before the clock struck midnight and time ran out.
The new funding extension, which cuts spending by $2 billion, will last through next Friday, April 15.
The Senate immediately passed the extension on a voice vote. The House of Representatives followed suit early Saturday morning.
A senior White House official told CNN that President Barack Obama is expected to sign the short term continuing resolution into law later Saturday.
And administration and congressional officials made clear that there would be no lapses in government funding.
"The government will be open for business," Obama said.
"Both parties reached an agreement that will allow our small businesses to get the loans they need, our families to get the mortgages they applied for, and hundreds of thousands of Americans to show up at work and take home their paychecks on time."
Negotiators capped days of frantic closed-door talks and public recriminations by agreeing on a framework for a package of $38.5 billion in spending cuts covering the rest of the fiscal year, which expires September 30. 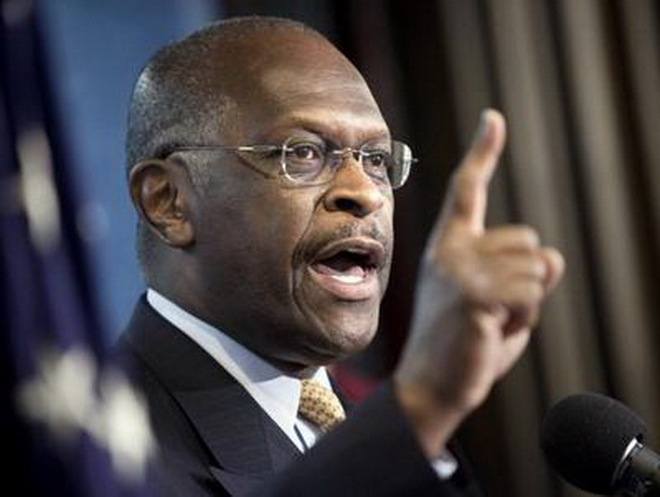 Herman Cain is scheduled to be in Missouri later this month, presumably gauging support for his potential candidacy for the GOP presidential nomination.

Cain is scheduled speak in Jefferson City on April 12 at a “tax day rally” sponsored by ‘United for Missouri.’

“Cain is a tell it like it is kind of guy,” wrote Carl Beardon, the group’s executive director, in an email to activists obtained by PoliticMo. “I know from personal experience in hearing him several times as well as the experience of others who have told me the same thing – he will capture your attention and leave you with a real can do spirit!”

Cain is best known as the former CEO of Godfather’s Pizza. Since, he has written columns for newspapers and hosted a radio talk-show.

He is not the first potential 2012-er to visit Missouri ahead of next year’s primary season. As PoliticMo reported, Mitt Romney was in Springfield earlier this week courting support, and former Senator Rick Santorum will speak at Camden County Lincoln Days on Saturday.