All 54 of Japan’s nuclear reactors may be shut by next April, adding more than $30 billion a year to the country’s energy costs, if communities object to plant operating plans due to safety concerns, trade ministry officials said on Wednesday.
Since the March 11 earthquake and tsunami, which triggered a radiation crisis at the Fukushima Daiichi plant north of Tokyo, concern among local authorities has kept nuclear generators from restarting at least four reactors that had been expected to come online after routine maintenance and inspection.
Several more reactors have since shut for regular maintenance, slashing Japan’s nuclear generating capacity to just 7,580 megawatts, or only 36 per cent of its registered nuclear capacity.
Read entire article
.
VIDEO:
Fukushima Daiichi Nuclear Plant Reactors 1 thru 4 JUNE 8 and 9, 2011
. 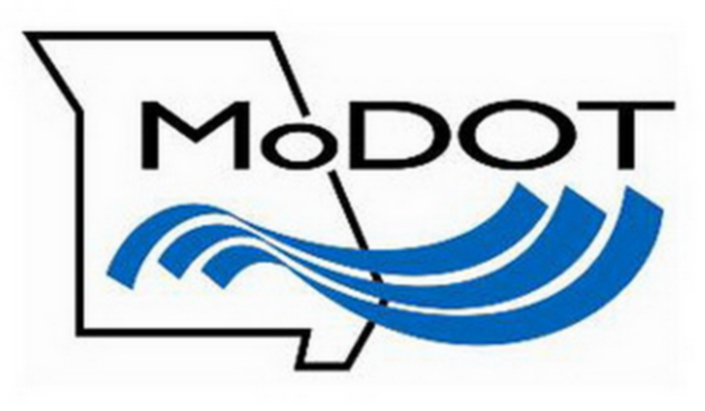 
MoDOT gets go-ahead for massive cuts

JEFFERSON CITY, Mo. — By a unanimous voice vote, the Missouri Highways and Transportation Commission Wednesday backed a plan that MoDOT Director Kevin Keith said will cut the department’s budget by $512 million by 2015.
Keith’s so-called Bolder Five Year Plan calls for the elimination of 1200 jobs by April 2013, closing more than 130 maintenance facilities, selling more than 740 pieces of equipment, and closing three department district headquarters buildings. Keith told commissioners the reason for the drastic cutbacks is that funding for transportation projects has “fallen off a cliff.”
Reduced federal highway funding, combined with the end of federal stimulus money, the ending of proceeds from a state bond issue and lower gas tax collections due to Missourians driving less means the department is receiving less money for road projects.
The plan will free  up $117 million a year that the department will use for extra flexibility as it commits $600 million a year to its roads program. Keith said that amount will allow the department to maintain current roads and bridges.
Keith told commissioners job eliminations have already begun, with just more than 400 employees leaving the department in the last year. Keith said 739 positions must be eliminated by March 31, 2013. He said he preferred to get to the 1200 jobs figure by attrition, but he couldn’t count on it.
“With the rate of attrition, 400 or so a year, we can get there,” said Keith. “But we’re going to  have folks who’s skill sets and the jobs available just won’t match up, and so we will have some layoffs, we just don’t know how many.”
The plan calls for more than 400 eliminations of mid level managers and administrators. 300 of the jobs will be culled from the two department offices in Jefferson City, the state headquarters office and the mid-Missouri district headquarters.
“When you start cutting budgets, you have to start by cutting people,” said Keith.
The most controversial cuts in the budget were the closings of the three district headquarters in Macon, Joplin and Willow Springs. City leaders from Macon and Willow Springs criticized the process used in making the cuts. The leaders said the department gave only one month’s notice that those district offices were in the cross hairs.
Rep. Randy Asbury said it appears state legislators were left out of the information loop on purpose. He said it took a Freedom of Information Act request to acquire working documents on the process. He said he received 6,000 pages of notes and other documents just last week. 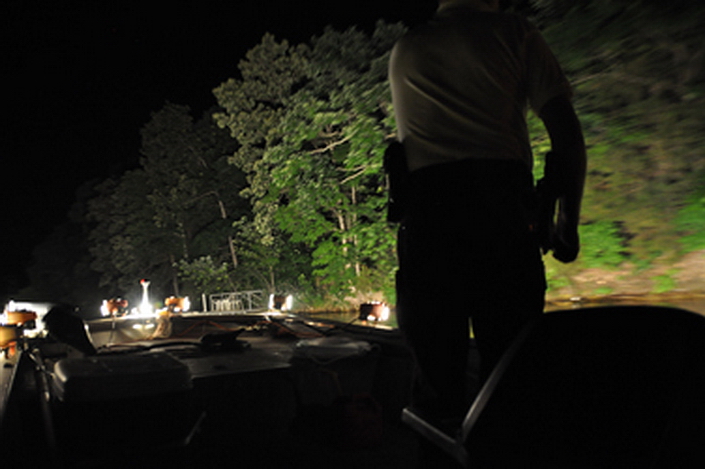 The body of a missing boater has been found in a Gasconade County lake.
Ryan Goodman was last seen swimming in Peaceful Valley Lake mid-afternoon on Tuesday.
The Gasconade County Sheriff's Office and fire departments from Sullivan and Owensville were on the scene yesterday afternoon and last night. 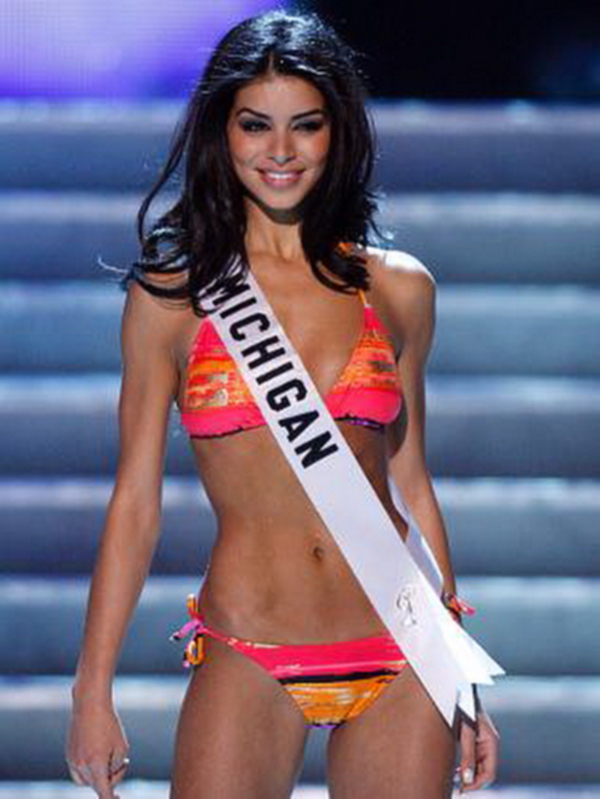 Rima Fakih only has a week-and-a-half before surrendering her Miss USA tiara, but she's not going quietly.
FOX411’s Pop Tarts was alerted that the 25-year-old, who has been in both New York and Las Vegas for official duties with the 2011 contestants ahead of next Sunday’s Miss USA pageant, was suspected of having an all-night bender last week. Her attempts to “lie and cover up” the incident apparently prompted the Miss Universe Organization (MUO) to ask for security tapes to uncover the truth.
The organization’s President Paula Shugart confirmed that Fakih’s recent behavior has been questionable, to say the least.
“There was one night last week where she had some interviews the next day. First we thought she wasn’t at the apartment [which she shares in Manhattan with Miss Universe, who was out of town] and someone [from the publicity team] was trying to get her to the interview. She was sound asleep, and looked like she’d been out all night,” Shugart told us. “She made the interviews, but we did ask about the security tapes, as it is a serious business especially after Tara Conner.”
Indeed the reins have been seriously tightened on titleholders ever since Miss USA 2006 Tara Conner came under fire for alleged drug use, underage drinking and sexual indiscretions.
“I want to make sure that the girls are reflective of society but we put a lot of steps in place so things like Tara don’t happen again," Shugart explained. "Their apartment is next to the office so it is hard for them to get out and do things without us knowing about them."
And sneaking out at night is a massive Miss USA no-no.
“We usually like to keep a handle on them. We have talent managers to keep track, and they are supposed tell us when they go out,” Shugart continued. “Rima is definitely a high spirited, fun person. If she went out that night it wouldn’t surprise us. But she will be crowning off her successor very soon maybe she went out to blow off some steam. I don’t know if I’ll ever know where she went, or when she got in.”
.

Yet it’s not the first time Miss Fakih has been a cause for concern.
“Earlier in the reign she missed an interview when we were establishing the rules,” Shugart admitted. “That night she did have a night out and was caught. She has followed the rules ever since. Rima sent an apology out to everyone promising she will be on-time for the rest of her reign.”
According to our insider, the biggest concern over Fakih initially was what she potentially got up to during these unscheduled escapades, and whether it could bring embarrassment to the organization. But unlike the Conner case, Shugart said there is absolutely no evidence to indicate any type of substance abuse problems. Nonetheless, Fakih was still made talk to Conner, who was forced by pageant-owner Donald Trump to enter rehab during her 2006 reign as a condition for keeping her crown.
“Rima said [talking to Tara] was really helpful. Keep in mind, whoever wins goes to New York and their entire world is packed up and they live no expenses for a year. You meet a lot of famous people and you can get caught up in that,” Shugart said. “So I had Tara call her and give her some advice. Rima said it helped her learn you can’t fool all of us, and Tara said it makes it easier if she just tells the truth.”
From day one, Fakih has been raising red flags within the Miss Universe Organization. The Michigan native hit headlines immediately after her big win when photos emerged of her pole-dancing for a promotional event conducted by Detroit morning radio show "Mojo in the Morning." But after some investigation by MUO, it was determined that she didn’t breach any moral code of conduct, and thus she was not stripped of her sash.
“Rima has definitely been a headstrong title holder," Shugart said. “She’s high strung and I’m not going to deny she was definitely caught trying to stay out a lot later than she should have during her reign and didn’t tell the truth of her whereabouts. But she has been an incredible titleholder; she goes 100 percent on everything whether it be social or business. She definitely keeps you on your toes.” 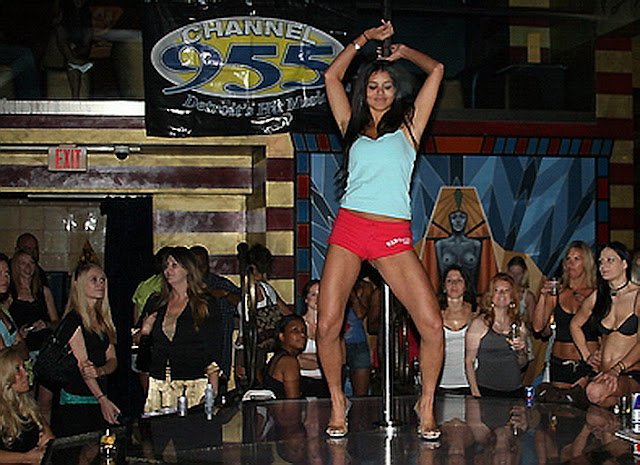 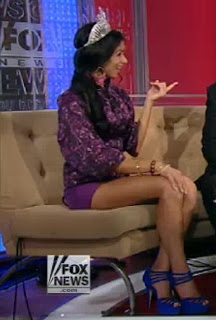