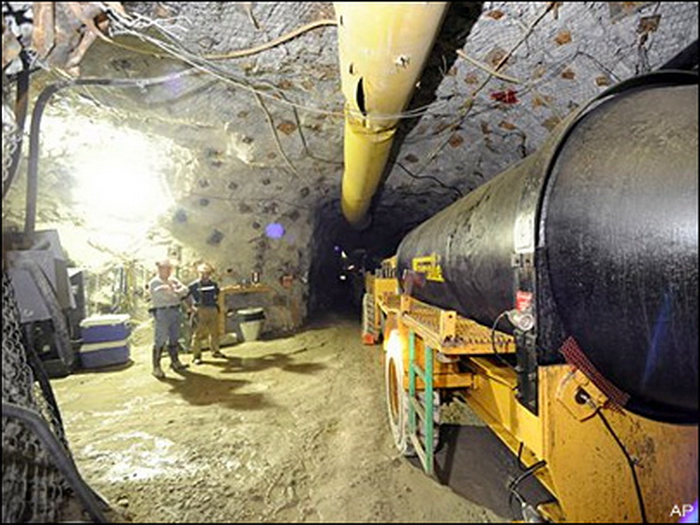 
(Reuters) - Search teams on Sunday recovered the body of a silver miner in Idaho trapped more than a mile underground and cut off from the outside world nine days ago by an unexplained cave-in, mine company executives said.
Conclusive word that Larry Marek, 53, had perished in the Lucky Friday Mine marked an abrupt end to a search that gripped the tiny, close-knit mining town of Mullan, on the south fork of the Coeur d'Alene River near northern Idaho's border with Montana.
As recently as Saturday, the president of Hecla Mining Co., Phil Baker, posted a video message expressing hope that the veteran miner might have miraculously survived the April 15 mine collapse.
At that point, Hecla said its search teams had advanced most of the way through a 220-foot rescue passage they had been drilling and blasting through solid rock.
Early on Sunday, however, the company issued a statement saying Marek was presumed dead, and hours later reported that his remains had been found and brought to the surface.
"We are heartbroken to report that we now believe Larry was under the fall of ground when it occurred and is deceased," Hecla executive Melanie Hennessey said in the statement. "Words cannot express the deep sorrow we feel at the tragic loss of our friend, colleague and 30-year veteran of the mining industry."
She added that with Marek's body recovered, the company "will begin our in-depth investigation to discover how and why this happened."
Hopes that Marek might be found alive were buoyed on Tuesday when a tiny camera snaked through a bore hole into the rubble of the cave-in found a pocket of open space, and rescuers began pumping fresh air and water into the void.
But Hennessey said hopes were dashed after further probing of the fallen rock and debris determined the collapse was more extensive than first thought.
There had been no contact with Marek since the underground tunnel where he and his brother were working on April 15 suddenly gave way for unknown reasons. The brother escaped unharmed.
Mullan is one of several communities in a historic Idaho mining district known as the Silver Valley. The region is known for being prone to spontaneous ruptures of rock known as rock bursts, government studies show. A rock burst was behind the Lucky Friday's last documented fatality in 1986.
Rock bursts -- linked to geology, seismic activity and mining -- can trigger cave-ins, the greatest single hazard underground miners face and the cause of nearly half of fatal injuries, according to the National Institute for Occupational Safety and Health.
The Lucky Friday is one of the deepest mines in North America at 6,150 feet, and the company has been working to expand its depth to 8,000 feet.
The hard-rock mine is one of three active silver mines in the United States owned by Hecla, which was founded in the Silver Valley and is based in Coeur d'Alene.
The company bills itself as the nation's largest silver producer, with the Lucky Friday alone yielding 3.4 million ounces of silver last year.
. . Click Here to Read More.

All but one of the airlines serving Lambert-St. Louis International Airport will be up and running Monday, and flight schedules should be near 85 percent of normal, airport leaders said this afternoon.
Director Rhonda Hamm-Niebruegge said clean up had progressed quickly following Friday's tornado. Workers repaired roof leaks, pushed twisted metal and tree limbs into piles, and boarded up dozens of broken windows in at least five of the main terminal's arching front facades.
"We're fairly satisfied with what's going on today," Hamm-Niebruegge said at an afternoon press conference.
Parking lots, however, were still covered in glass, leaves, tree branches and twisted metal. The wind had blown out windows in row after row of cars. Phone chargers, gym bags, soccer cleats, laundry and even a disassembled bicycle lay inside, open to the weekend's rain.
David Appel, 43, from O'Fallon, Ill., was taping plastic sheeting over his white truck's passenger windows. He had been in Phoenix with his brother for his grandfather's funeral.
Their Friday night flight home was cancelled, and they eventually flew into Indianapolis, where they rented a car and drove. But he didn't expect to see the damage in the parking lots. The tornado had picked up broken glass and pelted it against the cars, driving the glass shards into the paint, leather seats, and even plastic consoles and armrests.
"It could be worse," Appel said, nodding down the row, where a blue SUV had been picked up and leaned up against the car next to it.
In the terminals, nearly everyone talked about the unexpected twists and turns of their weekend travels. Many told of flying into other Midwestern cities, and driving. Others were just arriving after two days of delays.
Mike Deering, 54, of St. Charles, was picking up his wife, who had flown in from Charlotte Sunday. On Friday night, her original flight had been in the air, 10 minutes from St. Louis, and had been turned around, sent back to Charlotte.
READ MORE
____________________________________________________________________________ 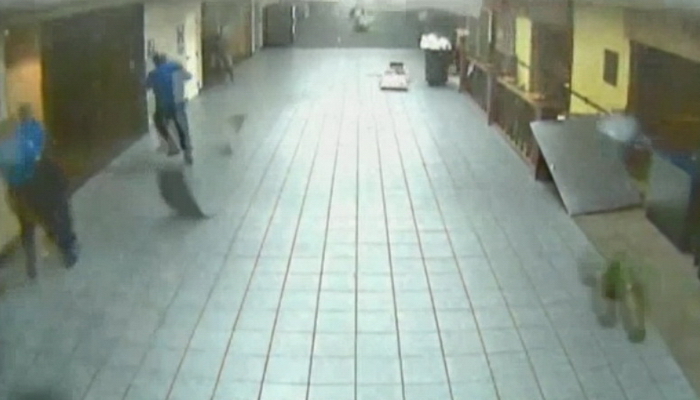 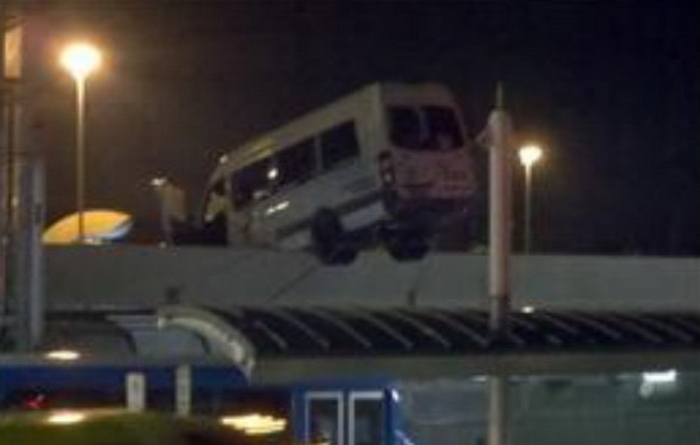 According to the New Melle Fire Department, there’s significant damage on Foristell Road, and there are at least 20 homes damaged in the Auburn Meadow subdivision, says the St. Charles County EMA.

One home in particular suffered tremendous damage. Neighbors say that a couple lived inside the home, but took shelter when they heard sirens and are okay as a result.

It is unclear if the storm caused any other injuries.