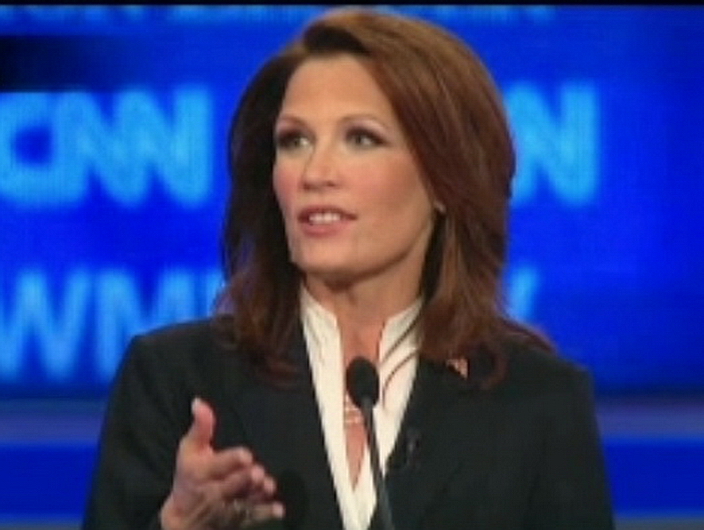 
In a switch, GOP's Michele Bachmann talks of empathy

In her first televised interview since declaring her presidential candidacy, Michele Bachmann accused President Obama of having a “shocking" lack of empathy toward Americans victimized by the struggling economy.

“I talk to people. I care about people,” the Minnesota Republican told Fox News Channel’s Sean Hannity Wednesday evening. “The president has no understanding of what is happening in real people's lives.”

Coming off a debate performance in New Hampshire earlier this week for which was generally given high marks, Bachmann has edged her way into the  White House conversation. And because of her dual appeal to social and fiscal conservatives, her candidacy, especially in states such as Iowa and South Carolina, is being watched with growing interest.

Bachmann has been highlighting her experience both in the House, as a member of the House Select Committee on Intelligence, and her work as a tax lawyer—perhaps as a means to counter the tendency for many political observers to view her as simply a less bombastic and more disciplined version of Sarah Palin.

But her decision to address Obama’s purported lack of empathy is notable—largely because Bachmann emerged into public notoriety as a vanguard of the slash-and-burn “tea party” movement, which largely took a mistrustful view of government in any context. Moreover, the term “empathy” is one that has long been derided by conservatives.

It’s a sign that she, along with Mitt Romney and her other rivals for the GOP nomination, view the economy, and especially the unemployment rate, as the incumbent’s biggest weakness, and that forging a connection with voters unhappy with the country's direction will be the key to victory.

Toward that end, it's just the beginning of what promises to be a concerted Republican effort to frame Obama in a manner similar to the way George H.W. Bush was brought down by Bill Clinton and Democrats in 1992.

In the interview, Bachmann also called the president “out of touch,” saying “he has no basis of understanding how to deal with the economy.”

Does This Guy REALLY Scare You: US vows to hunt down, kill new Al-Qaeda leader 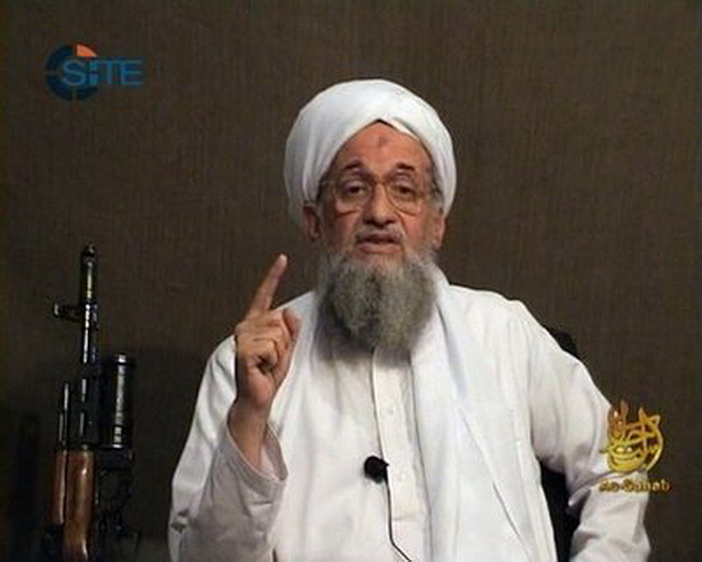 
US vows to hunt down, kill new Al-Qaeda leader

WASHINGTON (AFP) – The United States will seek to hunt down and kill new Al-Qaeda leader Ayman al-Zawahiri just as it did his predecessor Osama bin Laden, the top US military officer said Thursday.
"There is not a surprise from my perspective that he's moved into that position," Admiral Mike Mullen, the chairman of the Joint Chiefs of Staff, told journalists after the Egyptian leader was named the new Al-Qaeda chief.
"He and his organization are still threatening us, and as we did both seek to capture and kill -- and succeed in killing -- bin Laden, we certainly will do the same thing with Zawahiri." 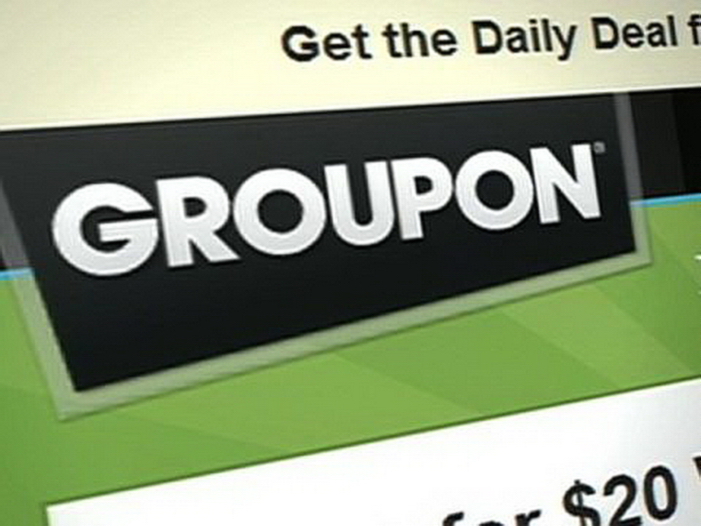 Even as Pandora becomes the latest red-hot Internet IPO, investors are looking ahead to an even bigger offering by Groupon. As I mentioned in a recent column, folks are talking about a valuation of $20 billion or more for the big daily-deals website.
Investors might temper their enthusiasm, however, if they read a newstudy by Utpal Dholakia, a professor of management at Rice University. Dholakia, relying on a surveys of nearly 500 businesses that ran daily-deals promotions, says the deals haven't proven their value as an advertising tool. Just 36 percent of customers spent any money beyond the amount of the discounted voucher, and only 20 percent returned to make a full-price purchase at the featured merchant.


By their very nature, daily deal promotions appear to be limited in their abilities to attract free-spending consumers, and to convert deal-users into repeat buyers with the propensity to be relational with, and loyal to, the business afterwards.

Just 48 percent of the businesses said they would run a daily-deal promotion again, which Dholakia reads as a warning sign:


An industry which is able to convert less than half of the customers who try its service into certain second-time buyers is likely to run into trouble finding enough merchants to sustain itself at some point in the not-too-distant future.

He says competition will probably force Groupon and other sites to continue spending heavily on marketing, and may erode the high level of revenue sharing -- up to 50 percent -- that the firms demand from merchants. Dholakia concludes:


Over the next few years, it is likely that daily deal sites will have to settle for lower shares of revenues from businesses compared to their current levels, and it will be harder and more expensive for them to find viable candidates to fill their pipelines of daily deals.

The study looks at promotions run by Groupon, LivingSocial, OpenTable, Travelzoo and BuyWithMe and finds "relatively few points of differentiation" among them. To me, that sounds like reason enough to avoid Groupon's IPO when it comes out at what's likely to be a frothy valuation.

.
HOOTERS: Hooters Girl of the Year Morgan Meyer of the Maryland Heights restaurant will be among 100 contestants from around the world competing in the 15th Annual Hooters International Swimsuit Pageant.
Meyer, 26, will compete for $150,000 in cash and prizes along with the title on June 25 at the Jackie Gleason Theater in Miami. Meyer is the Hooters Girl of the Year for 2011.
Alexis Aleshire, a spokeswoman for Hooters, said in an e-mail today that Meyer has been a Hooters Girl for more than six years. She started work in Kansas and has been in Maryland Heights for about a year and a half.
The Hooters Girl of the Year award "is given to the top Hooters Girl who is the quintessential Hooters Girl inside and out," Aleshire said. She added that swimsuit pageant contestants advanced to the finals after either winning local and regional contests, or being selected as the top Hooters Girls to represent their city.
The competition will be broadcast on TV at all Hooters around the country — locally at 8 p.m. — the night of the pageant. It will also be on Fuel TV and on SPIKETV on July 22.
Meyer is also featured in the current issue of Hooters Magazine and is in the 2011 Hooters Calendar.
According to Aleshire, Meyer says she also has a "geeky" side and is an avid Star Wars fan who would love to work for NASA as an astronaut. She also volunteers with the Red Cross and the Women's Shelter and Help Center.
Online voting for the Hooters Viewer's Choice winner begins tomorrow at Facebook.com/Hooters. 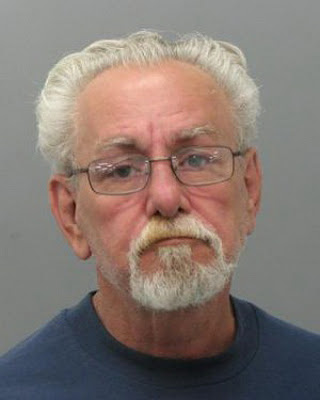 Missouri River Outlook: Manageable but High all Summer, Barring Torrents of Rain within Show Me State 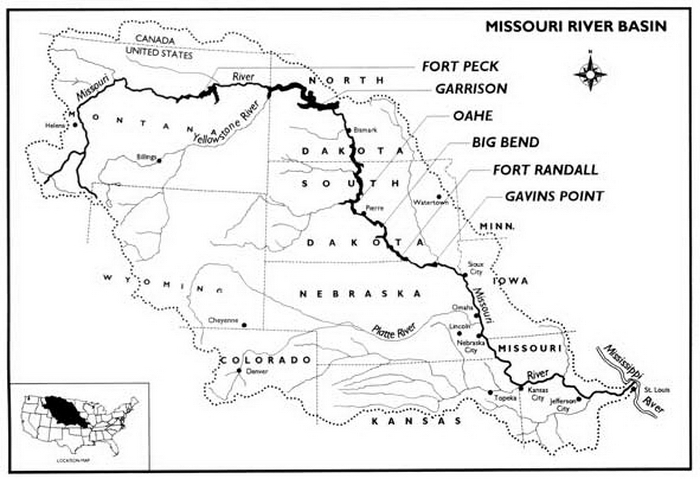 
Missouri River to be high but manageable all summer, barring torrents of rain

ST. LOUIS • The rush of water coming down the Missouri River from swollen reservoirs in the Great Plains will keep the river slightly above flood stage here all summer.
Normally, no big deal. But widespread heavy rainfall is likely to top some of the smaller agricultural levees along the river in eastern Missouri.
That was the picture offered today by the National Weather Service and the Army Corps of Engineers during a press conference downtown. It was called in part to calm doomsday fears inspired by television footage of levees breaking in Iowa and northwestern Missouri.
But spokesmen also warned of major flooding if the wide Missouri River basin, or even large areas of the state of Missouri, get heavy rainfall this summer.
On Tuesday, the corps opened the spillways at the Gavins Point Dam, near Yankton, S.D., to five times normal flow because the massive flood-control reservoirs on the upper Missouri are at brimful, compliments of heavy snow melt and record rains across Montana and the Dakotas. Gavins Point is the last of five reservoirs on the river.
The first of that water is expected to reach the St. Charles area late next week. That flow will be enough to keep the river about three feet over flood stage there through the summer.
Normally, it takes about 10 days for water spilling from the Gavins Point Dam to reach the St. Louis area.
"Because of that flow coming down the river, we will be close to flood stage all summer. That's then new normal," said Wes Browning, chief of the local Weather Service office in Weldon Spring. "But if we get much above normal rainfall, or big bursts of rain, there's likely to be trouble."
Browning's "new normal" of three feet over flood stage at St. Charles is considered minor flooding, but is nine to 14 feet above the normal summertime levels on the lower Missouri.
Browning and Col. Tom O'Hara, commander of the corps' St. Louis district, showed reporters maps of the potential flooding on the lower Missouri and Mississippi, depending upon rain-induced flow from the Missouri's many tributaries. The summer forecast suggests a range from three feet over flood at St. Charles to 12 feet over flood stage there.
That higher amount would be only three feet below the crest during the Great Flood of 1993 and would break through most of the agricultural levees from Washington, Mo., downstream. That higher level still would spare Chesterfield Valley, Maryland Heights, Earth City and other major suburban bottomlands protected by high levees.
"With normal, even rainfall, we do not anticipate river elevations that will cause overtoppings of any levees," O'Hara said. "The water from the reservoirs have not produced, and will not produce, overtoppings in the St. Louis area. The driving force for that would be concentrated additional rainfall.
"If we get that much rainfall, we could have issues with some of the levees," O'Hara said.
He said the high water on the Missouri that has broken some levees in Iowa won't have the same effect here because the lower Missouri "has more capacity to absorb that flow."
Browning said the five-day forecast calls for heavy rain in the upper Missouri and upper Mississippi river basins.
"The good news is that we don't have strong signals for abnormal rain this summer in the (Missouri) basin," he said.