Joshua Moosman of Washington, Mo. Sentenced to 7.5 Years Prison for illegal possession of a firearm 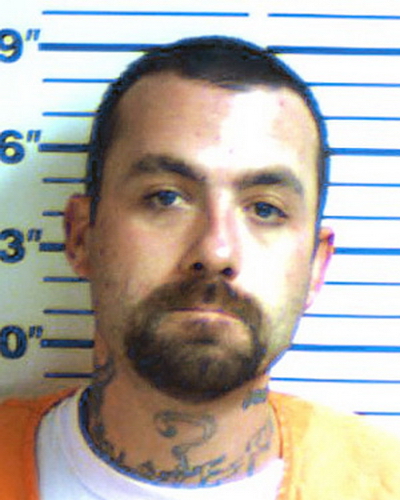 
A Washington man is sentenced to 7.5 years in jail for illegal possession of a firearm.
Today the United States Attorney's Office announced that 30-year-old Joshua Moosman of Washington was sentenced to jail because of his previous criminal history.
Moosman pled guilty February of this year to one felony count of being a previously convicted felon in possession of a firearm. He is by law, forbidden to own or posses a firearm of any kind.
Moosman appeared in court today in front of a United States District Judge. The case was investigated by the Franklin County Narcotics Unit as well as the Bureau of Alcohol, Tobacco, Firearms and Explosives.

A man who was arrested last month in a meth lab investigation at a Washington home is facing a federal charge for a weapons violation.
The U.S. attorney's released information Wednesday about a federal grand jury indictment charging Joshua J. Moosman, 30, with illegal possession of a firearm.
Moosman, because of his previous criminal history, is prohibited by law from owning or possessing firearms, the U.S. attorney said.
A tip led police and narcotics task force officers to a home on East Fourth Street, less than a block from Washington City Hall, Monday, Nov. 15, where they seized evidence of a methamphetamine lab and took an 11-year-old boy into protective custody. A woman also was arrested but had not been charged with a crime.
Moosman was charged in a state warrant with one felony count of first-degree endangering the welfare of a child and was on a $50,000 cash-only bond.
In addition to meth-making components and ingredients, police officers also seized two rifles and a loaded handgun. At the time, Detective Sgt. Jason Grellner, commander of the Franklin County Narcotics Enforcement Unit, said investigators planned to seek federal charges for possession of guns by a convicted felon.
If convicted of the federal charge, Moosman could face a maximum penalty of 10 years in prison and/or fines up to $250,000.
Moosman also could face state drug charges after a laboratory analysis is completed on items seized from the home.